Jakub Mulik’s journey into photography started at the tender age of 5, when his grandfather gave him his very first camera (which he still has to this very day). As much as he loved photography, he never thought about it as a career until completing his 2nd year at the University of Toronto, Canada. That’s when the hunger and passion for photography kicked into overdrive, so Jakub decided to change gears to further explore photography and film,and attended film school in Vancouver, BC(Vancouver Film School). While in film school, Jakub noticed a strong interest the penetrated only towards his photography classes, and it was at this moment he had decided to turn his passion into a career and applied to Humber College back in Toronto for photography. 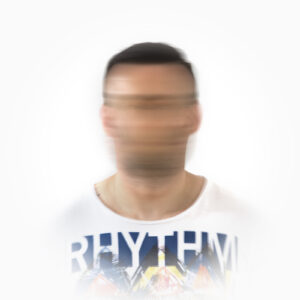 After College, Jakub decided to get some real world experience and what could possible be a better source for such real world education other than New York City? There he assisted some of the top photographers in the world. Upon his return to Toronto, Jakub realized that a career in photography is not just about creating beautiful images but it’s also about sales and marketing. Since both of those fields were not his specialty it took him quite some time to polish off his sales and marketing skills to get his business of the ground. Since teaming up with two of his good friends, he has been very busy shooting anything and everything in between.

Jakub loves to challenge himself with difficult projects. As much as he loves commercial photography, he still finds time for landscape and street photography. Nothing bring him as much joy as walking through the city with a camera – the feeling brings him back to those days when he was a little kid walking around Warsaw, Poland, with his very first camera given to him by his grandfather.

Why Nameless Productions? Its simple, Jakub had so many names he wanted to choose from that he eventually decided on choosing none….and besides, why be defined by a single name?